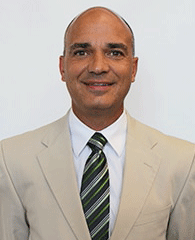 Paul Marco enters his 17th season as the head soccer coach at Binghamton University in 2018. Under his guidance, the Bearcats have been transformed from a team that won just two games the year before his arrival into an established program that has become a fixture on the conference, regional and national scene.

In the past three season, Binghamton has advanced to the America East championship game in 2015 and was regionally ranked during the 2016 campaign. During the current two-year stretch, Binghamton defeated one nationally-ranked team (then No. 28 Ohio State 1-0 in 2015) and tied three others (No. 21 Siena and No. 19 UMass Lowell, both in 2016, and No. 16 UMBC in 2017).

As the Bearcats have made their place among the elite squads in the conference, they have also gained attention in the national polls. In four seasons since Marco became the head coach, Binghamton has either received votes or been ranked in both the NSCAA/adidas and College Soccer News weekly polls (2003, 2004, 2005 & 2007). Furthermore, the Bearcats have been ranked among the top 10 teams in the Northeast Region five times since 2003.

Under Marco’s guidance, the Bearcats have excelled just as much in the classroom as they have on the playing field. The 2007 team posted the highest combined GPA in the nation (3.37) out of over 200 programs. The Binghamton 2005 squad had the third-highest combined GPA among all NCAA Division I men’s soccer programs (3.30), the 2006 team was ranked fourth (3.26) and the 2008 squad tied for fifth (3.30). Individually, Binghamton has had one COSIDA Academic All-American, one COSIDA Academic All-District selection and nine NSCAA Scholar All-Americans since Marco became the head coach.

Marco led the Bearcats to a 14-6-0 record as well as its second straight America East regular season title during the 2007 campaign. In the process, the Bearcats became the first regular-season repeat champion in 13 years. Binghamton’s 14 wins marked its highest total since 1993. Marco was named the America East Coach of the Year for the first time in his career.

The previous year, Marco guided the Bearcats to their first-ever America East Conference regular season title as well as to their second tournament title in four years. Binghamton earned its second trip to the NCAA Division I Tournament and faced No. 17 Harvard in the first round.

In 2003, Marco led the squad to its first-ever America East Championship after the squad was picked to finish eighth in the preseason poll. Binghamton stunned No. 15 Fairleigh Dickinson 1-0 in the first round of the NCAA Tournament before losing 1-0 in overtime at No. 7 St. Louis in the second round. The Bearcats were the first team receiving votes in the NSCAA/adidas season-ending Top 25 poll and Marco was named the New York State Region Coach of the Year

Prior to his arrival at Binghamton, Marco was the head coach at West Virginia from 1996-2001. During his tenure, he guided the Mountaineers to a record of 47-62-4. His best season was in 1999, when West Virginia went 13-5-1 and received the third seed in the Big East Championship tournament. That year, Marco was named the Big East Coach of the Year. In addition, Marco’s 1998 team also advanced to the conference tournament, posting an 11-8-1 mark.

Before taking over the head coaching reigns in 1997, Marco served as the Mountaineers’ assistant coach from 1992-95, helping lead the program to an Atlantic 10 conference championship and NCAA tournament berth in 1992.

A former Division I player for West Virginia, Marco led the program to one of its finest seasons in school history in 1990. His 12 points steered the team to a 12-5-1 record—its best mark in 23 years.

Besides holding a National Soccer Coaches Association of America (NSCAA) Advanced National Diploma and a United States Soccer Federation (USSF) “B” License, Marco has been a member of the NSCAA national staff for 20 years. He was promoted to the NSCAA Senior Staff in 2005. In that capacity, Marco has taught various levels of the NSCAA academy curriculum courses, and has published numerous articles. From 1999-2001, he served as vice president of the Big East Soccer Coaches for three years.