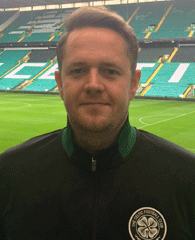 Willie is a proactive coach and manager within Youth Football, spanning over 17 years, incorporating extensive experience coaching within Elite Academies and Development Programs across Scotland.

He started his pathway into playing at the age of 16 when he signed full time as a young professional player with Scottish lower league side Albion Rovers. McNab spent 4 years as a player gaining valuable experience and during this time started his first steps into the coaching world.

Willie began his coaching career at 16 through the renowned Scottish FA’s coach education pathway and began working within their grassroots programme as well leading the youth teams of Albion Rovers. McNab then was given the task of leading the Albion Rovers men’s reserve team at the age of just 18. After 6 years of working with Albion Rover’s Youth and Men’s team he made the move to Scottish Premier League side Hibernian coaching their Academy U14’s team before moving to Heart of Midlothian FC and coaching their U12 Academy side. During this time he also held the position of Football Development Officer for the Scottish FA within 2 regions of Scotland.

McNab was then asked to join one of the biggest clubs in world Soccer, Celtic Football Club, in 2007 where he led the club’s Academy U12’s side. Since 2007 he has worked with various Academy Age groups from U12 – U16 at Celtic FC and currently coaches the club’s U16 boys Academy team as well as leading their Central Scotland Development Centre. Willie is also Celtic FC’s International Soccer Academy Manager for North America where he manages the club’s relationships with clubs and associations across the region.

Willie has a professional background in delivering coach education courses with the Scottish FA to grassroots and professional coaches across the country as well as being a guest clinician at Continuous Professional Development clinics.

McNab was also a key clinician at the USC Convention (Formerly NSCAA) in 2015 in Philadelphia, 2016 in Baltimore and most recently in Los Angeles in 2017. He has also delivered clinics at the Pacific Soccer Coaches Conference in Vancouver in 2015 and at the MIHSSCA in Michigan in 2017.