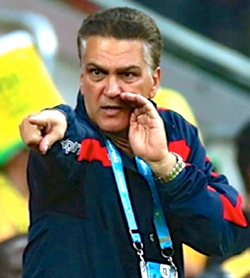 For more than 25 years, Dan Gaspar has studied and created ideal training methods for goalkeeper and field player development. He has worked with world-class coaches: Luiz Felipe Scolari, Carlos Queiroz and José Antonio Camacho. His knowledge, expertise and savvy earned him the invitation to join The Portugal National Team coaching staff for the 2010 South Africa World Cup, The Iran National Team who qualified for the 2014 Brazil World Cup, and The 2015 Australia Asia Cup and The 2018 Russia World Cup.

Dan has set himself apart in the coaching profession working on four different continents. With his diverse expertise and strong managment skills, he has the ability to motivate, train and educate coaches at all levels.