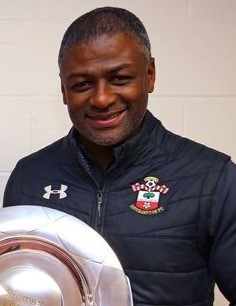 Hartford Athletic announced today that Radhi Jaïdi has been named head coach as the Club prepares for its second USL Championship season, subject to the completion of relevant documentation. Jaïdi comes from Southampton Football Club of the Premier League where he served as head coach of the Under-23 Club.

The move signals the first stage of a developing partnership between Hartford Athletic and the Southampton Academy, which may in the future involve player loans. It also allows Southampton F.C. to strengthen the identification of talented young players in the US whilst sharing knowledge and experience of young player development.

“We have concluded our international search for our next head coach and could not be more excited to welcome Radhi to Hartford,” said Hartford Athletic Chairman and CEO Bruce Mandell. “Our fans have given us a mandate to build a world class organization, and Radhi brings everything to the table that we need to achieve this goal as our leader on the field. We thank Southampton Football Club for putting their trust in our organization and look forward to our growing relationship.”

“I have seen the fans in action and cannot wait to be part of the atmosphere at Dillon Stadium," said Jaïdi. "We have a big task at hand, and there is so much potential in Hartford and in the USL Championship overall. Thank you to Hartford Athletic and to Southampton Football Club for the opportunity.”

Southampton Football Club Academy Director Matt Hale added, “The opportunity to become Head Coach of a senior team is an exciting proposition for Radhi, and we wish him well for his spell with Hartford Athletic.”

Radhi Jaïdi hails from Tunisia, and, before his coaching career, boasted a decorated playing career as a center back for clubs including Espérance Sportive de Tunis, Bolton Wanderers, Birmingham City, and Southampton Football Club. He also featured for the Tunisian National Team with 105 appearances including being part of the 2002 and 2006 World Cup (in which he scored a goal). Following the culmination of his playing career at Southampton, Jaïdi became head coach of Southampton F.C.’s under-23s.