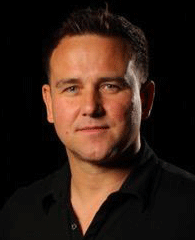 Dave Hancock is a Performance Director, Strength Coach and Physical Therapist who has worked with some of the best athletes and coaches from around the world of sport, both in Europe and the USA.

He started his career in Professional Rugby League in 1993 and soon moved to soccer to join and work with Ex England Manager Graham Taylor at Wolverhampton Wanderers FC.

In 1998 he was asked to join the Premiership team Blackburn Rovers FC, to design and head up their development of youth from the Under 21's to the Under 7's.

Here he was in charge of all aspects of a player’s physical development, nutrition, and injury prevention. He worked closely with the coaches to create a better understanding of youth physical and mental development.

In 2000 Dave was head hunted to be the youngest Head Premiership Physiotherapist for Leeds United FC where the team finished 3rd in the Premiership and went onto the Semi-Finals of the Champions League. Dave was instrumental in the design and build of their $25 million training facility.

In 2006, he was again head hunted by Chelsea FC to become their Head Physiotherapist over seeing a new $60 million training facility and in charge of all aspects of treatment, rehabilitation and injury prevention programs for the first team squad. He won the Premiership title with Chelsea in 2007, along with the FA Cup and Carling Cup and went onto the Champions League Final in 2008.

In 2008 he became the first English Performance Director in the NBA for the New York Knicks. He was in charge of all aspects of medical, strength and conditioning, and sports science to the NBA franchise. He traveled with the team, sat on the bench and decided to move in a different direction in 2015.

Dave is now CEO of Apollo MIS, a software company that helps coaches, players and parents communicate and use objective data and sports science to assess an individual’s performance, strengths and weaknesses. The system is used by the likes of Manchester United FC, Nike, AC Milan and the Washington Nationals.

Dave has published many scientific papers on ACL injuries, ankle injuries and is a frequent contributor to the world renowned leaders in performance programs. He has also been on the Nike Performance board since 2010.