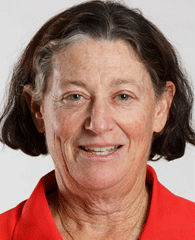 Recently completing her 24th season at the helm of the Boston University women's soccer team, head coach Nancy Feldman has transformed the program from club-level to a team that is consistently competing against the nation's top squads. In 2014, USA Today named Boston University the third-best Division I women's soccer program in the U.S. based on team success, overall school quality and the academic record of the student athletes. Feldman has led the Terriers to 14 appearances in the NCAA tournament, nine America East Championships and four Patriot League crowns.

BU returned to the top of the Patriot League in 2018, winning both the regular season and post season conference titles en route to making its 14th NCAA Tournament appearance. The Terriers finished 11-7-4 overall and recorded 12 shutouts.

Feldman guided the team to a 9-1-1 stretch over the second half of the 2016 season as it reached the Patriot League Championship game for the fourth straight season.

BU had one of its best postseasons in program history in the 2015 season. After securing the No. 1 seed in the Patriot League tournament for the first time and earning the PL Regular Season crown, the Terriers won their third-straight Patriot League Championship and made their third-straight appearance in the NCAA Tournament where they played at St. John's in the First Round, who were ranked as high as 18th in the nation last season. BU took an overtime upset victory over the Red Storm, 2-1, to advance to the next round of the NCAA Tournament. It was arguably BU's biggest NCAA win in program history. BU fell to eventual-champion Penn State in the Second Round to close an impressive 2015 campaign.

In 2014, the Terriers upset No. 1 seed Colgate in the Championship game to earn a bid to the NCAA Tournament First Round, which they hosted on Nickerson Field. BU went 14-5-3 overall and 6-1-2 in Patriot League contests. Five Terriers earned a spot on the All-PL Team while Jamie Turchi and Kai Miller were named to NSCAA All-Mid-Atlantic Region Teams.

Feldman guided her 2012 squad to a 12-6-1 overall record and a perfect 8-0-0 mark in conference play to claim the Terriers' sixth straight America East regular season title, the last they would be eligible for with the move to the Patriot League. She earned her ninth America East Coach of the Year honor while fielding the conference's Defender of the Year (Jessica Morrow) and Midfielder of the Year (Emma Clark). Morrow also became the eighth Terrier to earn All-America honors, as she was named to the Third Team.

In 2011, Feldman led the Terriers to their best season in program history with a 19-3-1 record and a trip to the second round of the NCAA tournament after claiming their fifth straight America East title. BU embarked on a program-best 14-game winning streak en route to securing the most victories in a single season (19). The Terriers swept the four major America East awards including Striker of the Year (Jessica Luscinski), Defender of the Year (Lina Cords), Midfielder of the Year (Brittany Heist) and Rookie of the Year (Taylor Krebs).

For the first time in program history, Feldman also coached two players to NSCAA All-America honors in 2011, as Jessica Luscinski and Lina Cords were both named to the third team.

Hired in March 1995 as the school's first women's soccer coach, Feldman inherited a Terrier team that had recently been raised to varsity status. Since then, she has guided it to a 265-116-37 record. The Terriers have advanced to the NCAAs 14 times under Feldman and have moved on to the second round on four occasions. In 2006, they earned their first at-large bid to the NCAAs after compiling a 13-4-2 regular-season mark. During the regular season, BU had arguably its biggest win in program history when it defeated then-No. 3 Santa Clara.

The 2008 season brought along more triumphs as the Terriers once again finished the campaign at the top of the league. They were perfect against league foes, and they cruised through the conference tourney to claim their sixth league crown and qualify for the NCAAs for the fourth straight year. Meeting up with then-defending national champion USC in the NCAAs, BU made a valiant effort but fell, 2-0, as its impressive season came to a close.

In addition to the team's success, a number of Terriers have received individual recognition under Feldman's guidance. Deidre Enos, the Terriers' all-time leader in goals and points became the first BU women's soccer player to earn All-America honors (2000) and she was voted the University's Female Athlete of the Year. Enos went on to spend a year with the Philadelphia Charge of the WUSA, becoming the first AE player to play in the professional league. In 2008, she was inducted into the BU Athletic Hall of Fame. In 2003, Melissa Shulman led the Terriers to the league championship and earned NSCAA All-America honors. A year later, Brittany McDonald was named the AE Defensive Player of the Year for the second straight year, while Brooke Bingham was voted the Midfielder of the Year. In 2005, Meghann Cook was named the America East Striker of the Year, as well as second-team All-America, and nine Terrier players earned all-conference status.

In 1997, Feldman was named the NEWISA Division I Coach of the Year, and in 2001, was voted the NSCAA Northeast Region Coach of the Year. At the end of the 2008-09 academic year, Feldman received an Honorary Scarlet Key, which acknowledges a faculty or staff member who has made a positive influence on student life and is one of BU's highest academic honors.

Prior to arriving at Boston University, she was the head coach at Plymouth State for five years. Her teams twice won the New England Regional Championship, and compiled an overall record of 75-9-7. Feldman was named the New England Coach of the Year in 1991 and 1993, and received the NEWISA/Brine Service Award in 1993.

In addition to her soccer responsibilities at Plymouth, Feldman was also the senior women's administrator and the women's basketball coach. She was responsible for overseeing the budget and scheduling for 17 sports. On the basketball court, her teams were 68-44 and in 1990 and 1991 she was named the Little East Conference Coach of the Year. During her final year at PSC, Feldman guided the soccer team to a 15-1-2 mark and the basketball team to a 21-7 mark, as each team qualified for the NCAA tournament. Feldman's first head-coaching position was at Lake Forest College in Illinois. She directed the program to a two-year mark of 17-10-1 and the MACW Championship during the 1989 season. She began her coaching career in 1986 at Smith College, where she served as an assistant.

The following year she moved to UMass where, as a graduate assistant coach, she helped lead the team to the NCAA Division I championship game.

Feldman's stature in the coaching profession is evidenced by the leadership roles she holds on several important national committees. She has served as the National Chairperson of the NSCAA All-America Committee (`89-95), and with the NCAA Regional Selection Committee (`92-95 for Division III) and is currently on the NCAA Division I Women’s Soccer Committee. She is the holder of an USSF "B" License, and has received her Advanced National Diploma from the NSCAA. Currently, is on the staff for the NSCAA National Coaching Academy.