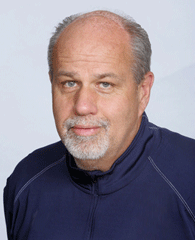 The 30-year head coaching career of Reid includes just two stops----eight years at his alma mater Southern Connecticut State University (1989-1996) and the past 22 seasons at the University of Connecticut (1997-present).

Reid's 30-year record as a college head coach stands at 445-130-75, a 74.2% winning effort, which ranks him No. 2 in the nation in overall winning percentage among all NCAA active head coaches.

In addition to the four NCAA Championships and eight "Final Four/College Cup" appearances his teams have earned, he has also coached his teams to the NCAA National Quarterfinals in 13 different seasons (6 at SCSU, 7 at UConn).

His success story at UConn has included 20 consecutive winning seasons and 18 trips to the NCAA Tournament. In addition, the UConn men's soccer program has been ranked in the National Top 25 in 18 of the past 22 seasons.

The sustained success of the UConn men's soccer program under head coach Ray Reid has allowed 41 UConn standouts to be recognized and drafted in the Major League Soccer (MLS) annual draft of young soccer stars (1999-Present). Most recently Jake Nerwinski (Seventh overall, Vancouver) and Kwame Awuah (16th, NYCFC) were selected in the First Round of the 2017 MLS SuperDraft, while Jacob Hauser-Ramsey was selected 42nd overall by the Colorado Rapids in the second round of the 2019 MLS SuperDraft.

A total of 15 UConn players have been MLS First Round selections with 2000 National Player of the Year Chris Gbandi being the No. 1 pick in the First Round of the 2000 MLS Draft. In January of 2014, Andre Blake became the first goalkeeper to ever be selected No. 1 overall in the MLS SuperDraft after he was selected by the Philadelphia Union and striker Cyle Larin was taken No. 1 in 2015 by Orlando City, marking the first time any college program boasted back-to-back No. 1 overall selections.

The 2018 season saw the resurgence of the UConn men’s soccer program. In his 22nd season at the helm, Reid coached the Huskies to a 12-6-2 record, five consecutive weeks ranked in the Top-25 polls (including a high of No. 8) and AAC semifinal appearance, and an at-large selection to the 2018 NCAA Men’s Soccer Championship – marking UConn’s return to the big dance following a two year hiatus.

Additionally, Reid coached seven Huskies to All-Conference honors, including Defensive Player of the Year (Jacob Hauser-Ramsey), Rookie of the Year (Felix Metzler) and two unanimous First Team All-Conference selections (Abdou Mbacke Thiam and Hauser-Ramsey). For the second consecutive season, UConn finished the season atop all of Division I soccer in terms of attendance, averaging 3,213 fans per home match.

Between the 2016 and 2017 season, Reid helped the Huskies earn consecutive trips to the American Athletic Conference Tournament. Five players across those two years were named All-Conference First Team members, including Abdou Mbacke Thiam and Jacob Hauser-Ramsey most recently in the 2017 campaign. UConn also regained its spot atop all of Division I soccer in terms of attendance this past season, averaging 3,502 fans per home match.

The 2015 Huskies finished the season with wins in nine of its final 10 matches, a 10-6-6 overall record and a trip to the finals of the American Athletic Conference championship. The successful campaign earned the program its 17th NCAA Tournament berth in the last 18 seasons. Four Huskies were honored by the conference following the regular season, including Co-Midfielder of the Year Kwame Awuah. UConn concluded.

In 2015, Reid was honored with the Jim Calhoun Community Service Award, which recognizes individuals that are active in community outreach programs. Reid has been a longtime supporter of the Franciscan Life Center. Additionally, Reid was a 2014 Gold Key recipient, as award by the Connecticut Sports Writers' Alliance.

UConn ended its 2014 campaign unbeaten in 10 of its last 11 matches and reached the conference semifinals for the fourth-straight season. Reid, who has led Connecticut to nine regular season conference titles during his tenure, was named the NSCAA East Regional Coach of the Year.

Additionally, 2014 saw Reid earn his 400th career victory and lead UConn to its 13th-ever conference regular season title and its first American Athletic crown. Reid and his staff were tabbed as the conference Coaching Staff of the Year after leading a Husky team (10-6-3) that finished the regular season on a five-game winning streak.

In 2013, UConn concluded the season 12-3-8, recorded a 17-match unbeaten streak during the season and earned three NCAA tourney victories en route to gaining a berth in the NCAA Tournament quarterfinals for the third consecutive season.

In 2012, UConn recorded an overall record of 17-4-1, advancing to the NCAA quarterfinals for the second consecutive season and finishing the year ranked No. 6 in the country.

In 2011, the Huskies were 19-3-3 overall, setting a single-season school record with 16 shutouts, allowing just 10 goals in 25 matches. UConn was ranked No. 5 in the nation in the final collegiate poll, advancing to the NCAA Tournament quarterfinals.

The 2007 season saw UConn win both the regular season and tournament titles in the Big East Conference and the Huskies won a pair of NCAA Tournament matches, advancing to the national quarterfinals. The final record of 20-3-1 tied the school mark for the second most victories in a single season and the Huskies spent nine weeks during the year ranked either No. 1 or No. 2 in the nation. Junior standout O'Brian White won the Hermann Trophy, honoring him as the nation's top collegiate star.

In just four short seasons at the helm of the UConn men’s soccer program, Ray Reid led UConn to the pinnacle of the Division I soccer world in 2000 when the Huskies hoisted the 2000 NCAA National Championship trophy above the crowd of the UConn soccer faithful in Charlotte, NC. The Huskies finished the season with an overall record of 20-3-2 and ended the year atop the NSCAA and Soccer America Magazine polls. For his accomplishments, Reid earned his fourth NSCAA National Coach of the Year award in addition to garnering Northeast Regional Division I Coach of the Year honors.

In 1998 under his direction, UConn earned its first No. 1 national ranking since 1982 and held that spot for a record-setting four consecutive weeks. The Huskies finished the season 17-4, won their third consecutive regular season Big East title and earned their first appearance in the NCAA Tournament since 1989. Reid was named the 1998 Big East Coach of the Year.

Year one as head coach of the UConn soccer program saw Reid’s team finish the season with an 11-7-2 record and gave fans a glimpse of the success that was on the horizon.

Named the eighth head coach of Connecticut on December 18, 1996, Ray Reid took over the coaching reigns after directing the Southern Connecticut State University program to NCAA Division II national titles in 1990, 1992 and 1995. As head coach of the owls, Reid compiled a 146-17-15 mark while leading Southern to six regular season titles, seven conference tournament championships and six trips to the NCAA Division II ‘Final Four’, including one in each of his last five seasons. Additionally, between 1990 and 1996, Reid’s teams at Southern Connecticut lost just 10 games, recording a 132-10-14 mark (89.1 % winning percentage) and undefeated seasons in 1990 and 1994. His success during this span earned him the National Soccer Coaches’ Association of America National Coach of the Year award in 1990, 1992 and 1994.

During the 1996 season, Southern Connecticut ranked No. 1 in the nation in the NCAA Division II soccer ranks as the Owls finished the year 20-1-1, with their only loss coming in the national semi-final round.

In 1989, Reid took over the reins of the Southern Connecticut soccer program after replacing Bob Dikranian as head coach of the Owls. In only his second year (1990) at the helm, Reid won the NCAA Division II National Championship after posting an undefeated season, 22-0-1. SCSU tacked on two more national championships under Reid’s tutelage, capturing the title in 1992 with a 21-2-1 record and then once again in 1995, posting a 21-1-1 mark. He was inducted into the Southern Connecticut State University Athletic Hall of Fame in 1998.

Following graduation, Reid served as the top assistant to then Southern Connecticut head coach Dikranian from 1983-1988. During that period, SCSU posted a 96-20-14 record and captured the 1987 NCAA Division II National Championship.

The Brentwood, N.Y. native graduated from SCSU in 1982, following a successful collegiate career where he was a three-year starter and two-year captain for a Southern Connecticut team that went 46-13-3 and made three NCAA national semi-final appearances during that span.

A scholastic soccer star at Brentwood HS (N.Y.), Reid was an all-region selection at Suffolk Community College before transferring to Southern Connecticut prior to the 1980 season.

Reid coached the Connecticut U-17 Olympic Development team for four seasons and also coached the U-15 team as well as the USSF U-13f Region One Select Team. He is a member of the Connecticut Junior Soccer Association coaching staff and holds a USSF ‘A’ coaching license.

Reid is married to the former Valerie Casares and has two daughters, Cate and Dannielle.